Havr is a different kind of access control provider. On a basic level we're a hardware-enabled software business that makes and provides a super-flexible access control system called BrightLock.

More than that, we're changing the way people access spaces in the built environment. We've built our name on unique technology that uses light to unlock doors and turns anyone's smartphone into their key.

Use cases for our technology

BrightLock is specially designed for mission-critical operations - getting people with an important job to do into highly secure areas.

Offices have access control. Homes have smart locks. But critical and technical facilities are stuck with keys.

We give organizations a new way to manage this infrastructure effortlessly and securely, without the hassle of keys. So that operatives can do their jobs more effectively. And so that businesses and national service providers can keep their mission-critical operations running smoothly.

With our focus on research and development, we're constantly evolving our product with a mission to transform access. 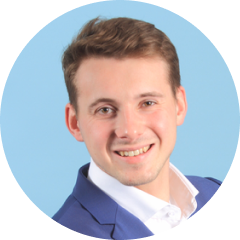 So what’s wrong with keys?

For many organizations keys are a necessary evil. People put up with them because they think they have to. They don't.

No one in the world of industry just accepts that they have to put up with fixed telephones or no internet. We all have smartphones now, and they help us get things done much more quickly and easily.

Keys and physical tokens like badges are no different - they're outdated technologies, and it makes no sense to put up with them when there's a better way: BrightLock.

With BrightLock our mission is to bring consumer-grade user experience to enterprise technology and transform the way people access spaces. In a way that's affordable, without  compromising on security or reliability.

We believe the future of access control is as a service. And that means we believe in doing things differently.

There should be no compromise between security and flexibility

Headquartered in Compiègne, northern France, we're a remote team of 20-plus and growing, spread across Europe with a presence in six countries.

The history of Havr

Driven by a desire to make great products that have a positive impact on the world of work, we've come a long way from a student hardware project.

If we had a penny for every start-up story that begins with "It all started over pizza..." Well, we're no different there. It really did start in a pizzeria, when Simon Laurent was an engineering student at a winter school in Turin in February 2016. With Italian students Alessandro Carpinello, Mattia Varile and Julien Roux, the idea came about for a smart door lock controlled by light.

In July 2016 the four were joined by Alexandre Ballet and entered the European Innovation Academy contest in Turin, where they won first prize with their project on a light-activated smart lock.

After the departure of some of the co-initiators, Simon and Alex welcomed Guillaume Duprez as product manager. Thanks to his technical guidance, the French team was able to make their BrightLock project a reality, and Havr was founded in October 2017. 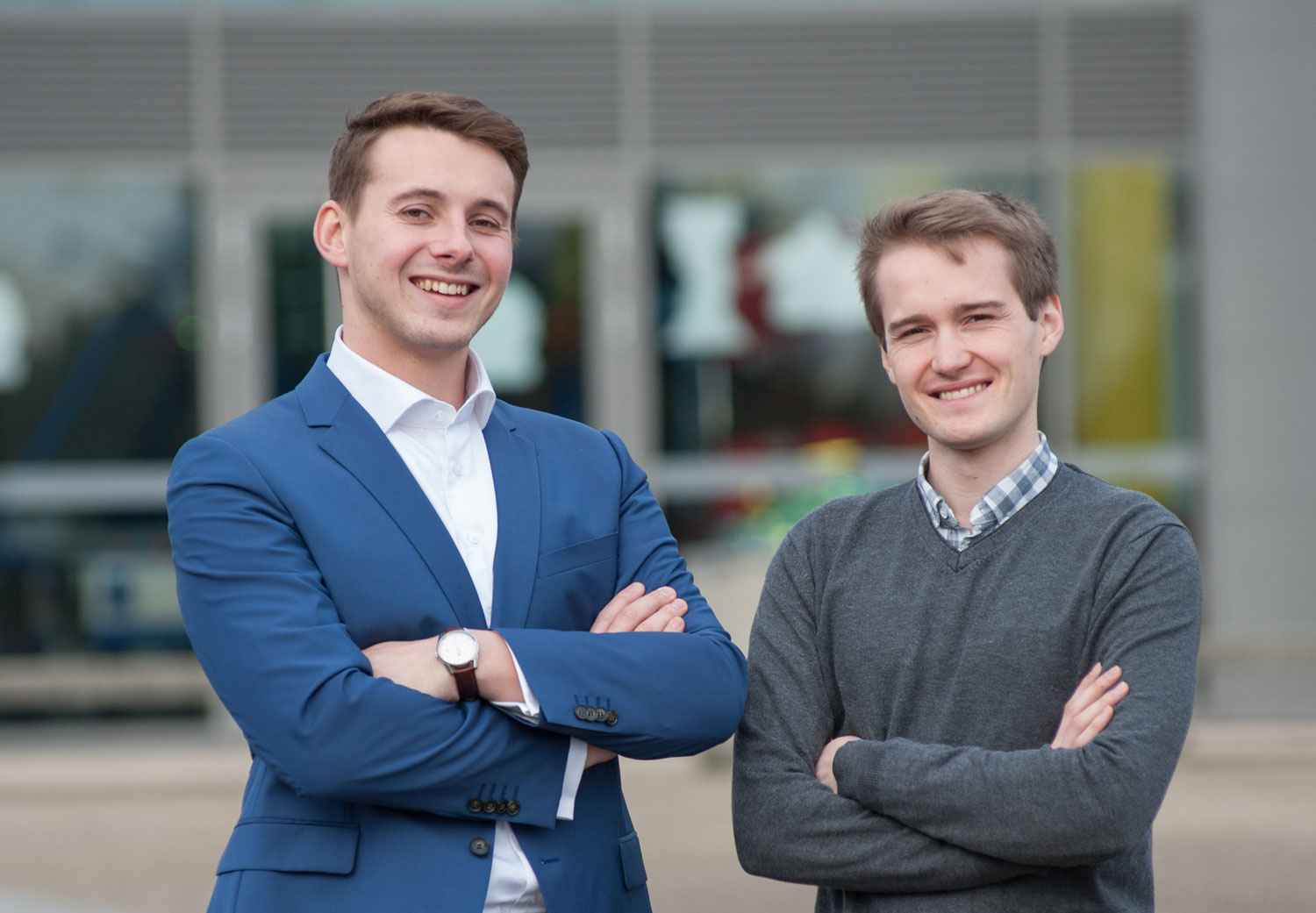 Back then, BrightLock started life as a smart lock destined for any door with an owner interested in making access smarter and more convenient without compromising on security. Simon's vision had always been to use the advantages of Li-Fi technology to create a product that was more secure than equivalent wireless technologies like Bluetooth, and super convenient to use. The next step would see it become a fully fledged smart access control system with an emphasis on industry-leading SaaS technology.

BrightLock becomes an industrial solution Made in France

The Havr team spent the next couple of years developing and improving BrightLock, investing in research and development, and working out how to get the thing made on an industrial scale. As they pitched BrightLock across Europe, the US and Asia, the team gathered valuable feedback from countless prospects, visited a lot of trade shows, made a lot of friends around the world, and raised two financing rounds.

The lock went through a whole lot of different iterations through 2018 and 2019 (we still have a soft spot for the Scandi-influenced wooden-clad number). And, having explored manufacturing abroad, the team brought the Havr production lines back to France around this time. It would cost more, but the team had realized by now that quality control was everything. The benefits in quality, reliability and security far outweighed the costs. This also saw Havr sign a partnership with long-established lockmaker Thirard for high-quality cylinders. 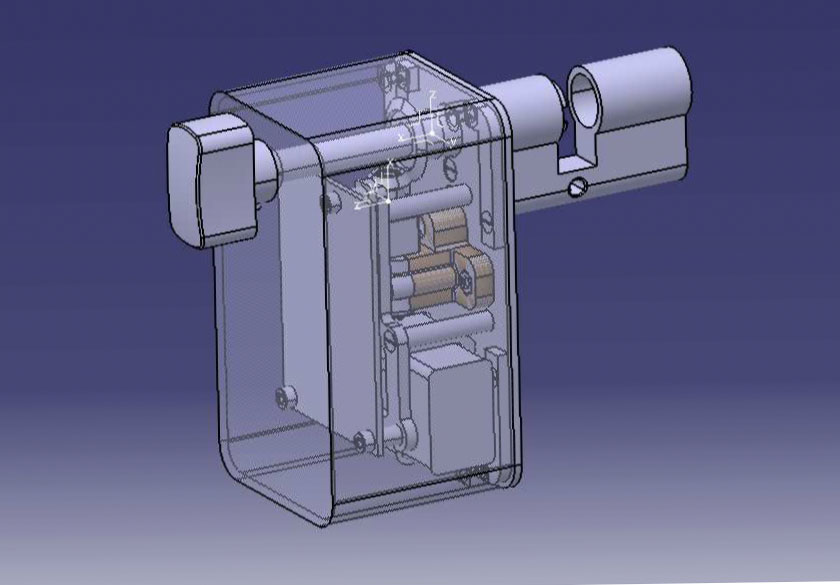 With the first industrialized version of the product nailed, the team realized two things: first, the hardware was just the first piece of the puzzle. The real secret to making a smart access solution that just works is in outstanding software. Second, while there were some pretty good smart locks for residential use, there was a big gap in the market for a B2B solution. A truly world-beating one, based on consumer-grade user experience and easy-to-use, scalable cloud-based software.

As product development continued, Simon had a chance conversation that would confirm Havr's mission. It was after talking to a contact at Enedis, the organization that manages most of the French national power grid, that Simon realized the ultimate use case for BrightLock. Traditional access control systems weren't cutting it any more. Keys are more than a headache for lots of organizations - they're a direct barrier to getting things done efficiently, and they're a huge expense. A little digging revealed that the average French train station spends tens of thousands of euros a year on cutting keys. Havr had the answer.

Development continued through 2020, with more businesses realizing the power of a truly keyless smart access solution that's fully interoperable. The tech team rolled out the BrightLock API and BrightLock Manager, the web-based dashboard for administrators, delivering the same usability built in from day 1 on an enterprise scale with a fully cloud-based SaaS product.

At the same time, the executive team was exploring the fastest ways to get BrightLock to market. Conversations with a few security systems integrators based in France led them to realize that a value-added reseller model could bring benefits not only for end users, but for the wider security market too, while allowing Havr to grow quickly and focus efforts on product development.

Today we're a team of 20 dedicated to changing the way people access spaces in mission-critical settings. Our network of partners is growing every day, with integrators, installers and distributors dedicated to innovation all bringing BrightLock to the market, offering the most flexible smart access solution to businesses around France and beyond.